The book of Hebrews was written to a group of Jewish Christians who had come to see that Jesus was the promised Messiah of the Old Testament.  Their professed faith in Christ had cost them much.  They were considered outcasts by their community.  They had lost friends, finances, and even family.  Though they had endured great sorrow for many years, the mounting persecution was now becoming too much for some to bear.  If they simply renounced faith in Jesus and went back to Judaism, a faith accepted by their immediate community and by the Roman Empire, then their troubles would all be over, at least that’s what the enemy of their souls was trying to get them to believe.  The author of Hebrews writes to these wavering believers to encourage them that Jesus, as the fulfillment of the Old Testament promises, is “better” by far than the types and shadows of old.  Part of this “encouragement” to continue in Christ are what have come to be known as the 5 Warnings From Hebrews.

Warning 1—Don’t Drift, Pay Attention (Heb. 2:1-4)…Have you ever been especially hungry on a Sunday morning?  Perhaps you skipped breakfast.  Maybe you were running behind and it was a choice between getting a bite to eat or being late for service.  Perhaps you did get a little breakfast in but the preacher’s sermon is especially long (or especially boring) on this particular morning.  Whatever the reason, your attention begins to wander.  Your body’s in the pew, but your mind is already at Cracker Barrel!…Let’s try another illustration.  You sit down to talk with your spouse at the kitchen table.  Maybe it’s about something important, or maybe it’s just a general discussion of the events that have occurred that day.  Everything’s going copasetic until the Gaither video your 5 year old has on in the living room catches your eye.  Your wife asks you how your day was.  You answer, “Something happened!”  She says, “what happened?”  You reply, “Now I know!”  She queries, “what do you know?”  To which you retort in the key of G (for Gaither of course), “He touched me and made me whole!”  Now, I don’t know what your entertainment of choice is, but whether it’s a Gaither video or a football game or a Nascar race or a home improvement show, my guess is that we can all relate to losing focus on what’s at hand.  We all know what it’s like to drift, and not to pay attention…Most people I have known over the course of my life who have turned away from the faith they once professed did so a little at a time.  They drifted before they dropped!  A plane that drifts a couple of degrees off track due to a strong wind is probably not a big deal, as long as there is a course correction in the near future.  But a plane that drifts a couple of degrees without correction would end up, over time, at a total different destination than that which was originally planned…The writer of the book of Hebrews encourages his readers that they should not drift, but should pay attention.  If folks in the Old Testament received punishment for drifting from the types and shadows, how much more severe would be the repercussions for drifting from Christ, the incarnate fulfillment of the types and shadows.

Warning 2—Don’t Doubt, Believe and Obey (Heb. 3:12-13)…During my years of teaching middle and high school students, there were times when I had to call home concerning a discipline issue.  (I know you find that hard to believe!).  I have heard many a parent read their child “the riot act” over the phone or in the course of a parent conference.  I have seen some students come in looking like the same kid from the day before but behaving like an angel instead of like the unangel I had known the day before! (I don’t think “unangel” is a word but the other term I would have used just somehow didn’t seem appropriate!)  Their dad and mom scared the heaven into them!  But, I’ve also seen students come in after having their parents “let ‘em have it” and they were the same old same old!  Now, the words both sets of parents used were the same, even the tone was the same, but one kid believed and the other didn’t!  How did I know the status of the student’s faith?  Because I saw the state of their obedience! …The writer of Hebrews declares to his readers that the children of God in the Old Testament failed to enter into the Promised Land due to their unbelief.  They doubted God, did not obey His commands, and a whole generation with the exception of Joshua and Caleb ended up perishing in the wilderness…We live in a day and age where we hear many messages on having great faith, but a person who says they believe but does not obey is only deceiving themselves.  God, as well as others, can see the status of our faith by the state of our follow through!  The Lord remains faithful to His Word, whether we believe it or not, and whether the end result finds us in blessing or punishment.

Warning 3—Don’t Droop, Be Diligent (Heb. 6:11-12)…Some of you will remember Pastor Shon’s grandmother, we called her “Mimi.”  She was a spry sort.  She had a joy of life and for others that was contagious.  From time to time she was known to speak her mind.  (I love people like that, you never have to wonder what they’re thinking, no hidden agendas there.)  One of the things she would let you know about was the importance of good posture.  If Mimi saw you drooping, you could be 100% certain that you would soon hear her voice telling you to straighten up.  For most people who knew her any length of time, it got to the point where she wouldn’t have to say anything, you’d straighten up automatically because you would hear her voice without her ever uttering a sound.  Just knowing that you’d be in her presence would stiffen your backbone and suck in your gut!…Hebrews tells us that we should not be sluggish concerning our walk with Christ, but should follow after Him with all diligence.  Chuck Swindoll, author and pastor extraordinaire, once said that most of us “work at our play, worship our work, and play at our worship.”   I’m afraid that’s true.  We are diligent about what’s most important to us and, unfortunately, for many who name the name of Christ, that’s not Him!  May God help us to heed this warning from Hebrews and encourage others to do the same.  May it be that just being in the presence of fellow believers, and more importantly in the presence of God, causes us to stiffen our backbones and suck in our guts because we want to worship and serve Jesus with all of our heart, soul, mind, and strength!

Warning 4—Don’t Drop, Endure (Heb. 10:35-36)… I remember hearing a song called “Thrown Away” about 20 years ago.  It was from a famous Christian artist who wrote many classics and sold over 4 million records.  The song began by speaking of how surprising it is to walk alongside a road and see some of the things that people thoughtlessly throw away.  It crescendos, lyrically speaking, to telling of how surprising, and how tragic, it is to see families and values that people “throw away” with similar contempt.  Fast forward to the present day and it breaks my heart to tell you that this recording artist has thrown away his marriage of nearly 30 years and the Christian values he professed (but apparently did not possess), choosing instead to pursue what the world would call “an alternative lifestyle.”…The writer of Hebrews encourages us to endure (by the way, a good synonym for faith is endurance in the book of Hebrews—note especially how the word endurance is at the end of chapter 10 and at the beginning of chapter 12 with the “faith chapter” of Hebrews 11 sandwiched in between).  He is not in any way supporting a works based righteousness where we earn good standing with God by adhering to a set of standards.  But he is saying that we should have some stick-to-it-iveness in our Christian walk that was lacking in his readers 2,000 years ago, and I’m afraid is sorely lacking in many professing believers today.

Warning 5—Don’t Dilute, Be Pure (Heb. 12:14-16)…My family likes to go to Chinese Buffets.  Where else can you eat all the chicken wings and French fries you want for one low price?  However, some months ago we had a bad experience at the buffet we frequent.  We sat down and ordered our drinks.  As is my custom, I asked for Pepsi.  The glass came and it had Pepsi written on the side of it, a white logo on a red background.  What was in the glass was a brown liquid, but it was not up to par of being called Pepsi.  (In fact, I don’t think it would even pass the muster to be called Coke!)  Its fizz as well its sweetness had been diluted into unrecognizable oblivion!  This fact, along with poor service, bad food, and a less than sterling dining area led us to change our choice for chicken wings and French fries, I mean Chinese food, to Kingdom Buffet (I should have known by the name of the place that it was more spiritual than where we used to go!)…We are living in a time where you can teach people how to be happy, successful, and moral (to some extent) as long as you don’t mention Jesus, or at least the exclusivity of Christ.  Declare that Jesus is the only way to heaven (John 14:6) and that there is salvation in no other name but His (Acts 4:12), and we are soon told to keep quiet, marginalized as ignorant Neanderthals and persecuted as intolerant belligerents.  There are certainly many issues about which honest Christians can disagree, but the doctrine of the necessity of repentance of sin and faith in Christ as being the only way of salvation is not one of them.  Without the basics of our faith, we don’t have Christianity.  A diluted faith is a terrible witness to the world.  It has the label of Christianity, but its missing the fizz and the sweetness and does not pass the muster for truth!  Hebrews encourages believers to believe true Christian doctrine and live true Christian lives so that we may see God ourselves and help show Him to others as well!  May God help us to be and do just that for the glory of God! 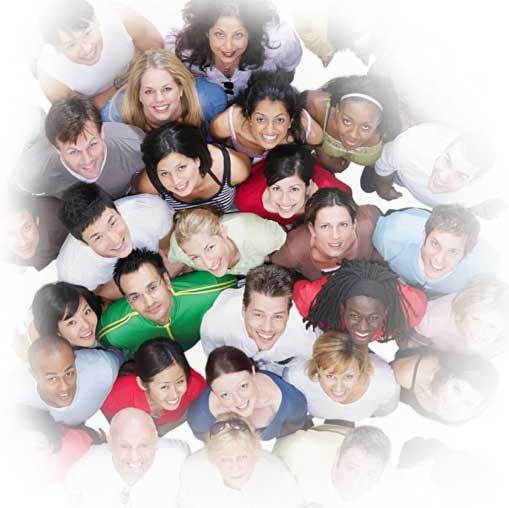 Freedom.  One simple word wrought with so much meaning.  As Americans we enjoy the freest society on the face of this earth, […]